On Saturday March 12, 2022, the Rochester Jr. Americans celebrated Senior Night for their house program players. Representing 119 years of youth hockey experiences, these 12 players are members of two Jr. American U18 teams, coached by Kent Stauffer and Andrew Jasie. The joint ceremony was held prior to their Big Thaw tournament round-robin contest at Paul Louis Arena. 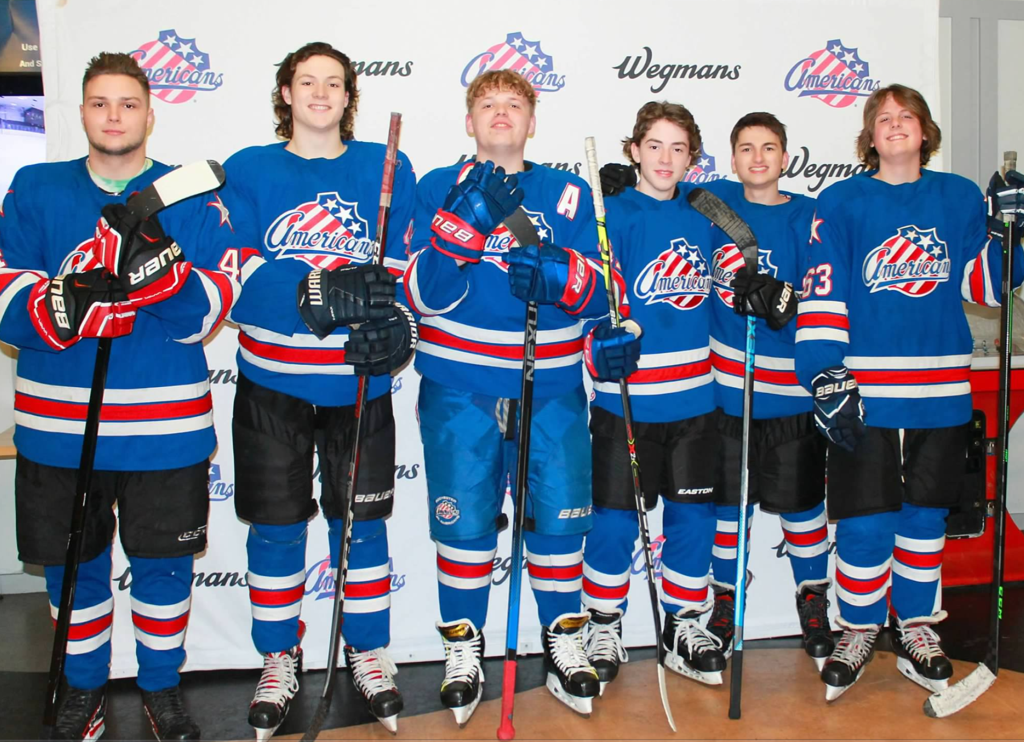 Celebrating with their parents, grandparents, and other family members were Jr. Americans

During the ceremony, Head Coach Andrew Jasie announced he is stepping away from youth hockey after 14 years behind the bench. In his announcement, Andy thanked all of the players he has had the pleasure of coaching throughout the years, and hopes they "remember the lessons, and always play the game the right way." Jasie's squads went to six Empire league championship games, winning two. He anticipates spending more time following his son's hockey career at Boston University, and accompanying his daughter, a member of Team USA's Synchronized Figure Skating team.